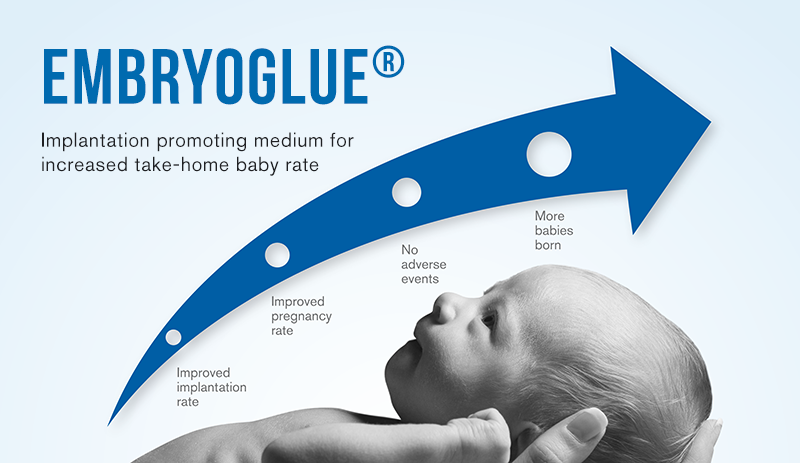 Recent news articles have featured happy couples describing their joy of becoming parents with the help of a special “glue”. The question however is if EmbryoGlue is a magic glue or how does it actually work?

Developed to mimic the female body

Although it would be fantastic with a magic glue, as a scientist and researcher I must unfortunately reveal the truth – EmbryoGlue is a medium exclusively developed to mimic the conditions in the female uterus in order to help embryos implant after transfer. Maybe not a magic glue - but a lot of babies born!

EmbryoGlue is an implantation-promoting medium used when transferring the fertilised embryo back to the woman during an IVF treatment. EmbryoGlue contains a unique combination of high concentrations of hyaluronic acid and recombinant human albumin. Hyaluronic acid is a substance that is found naturally in the body, including in the uterus, and its concentration increases in the uterus at the time of implantation. In addition to the implantation promoting effect, recombinant human albumin also guarantees safety for the woman.

The most effective and documented implantation promoting medium

EmbryoGlue has been used in IVF-clinics around the world since 2003. It is the most documented embryo transfer medium specifically developed to promote implantation and has in several studies been shown to increase live birth rates.

The independent research network Cochrane Collaboration has in a meta-analysis shown that when using EmbryoGlue for transfer, there was an overall increase of 8% in both pregnancy rate and live birth rate.

One of my colleagues, Senior Embryologist Brett Glazar, has written a white paper describing the mechanisms behind EmbryoGlue and how such great results can be achieved using this transfer medium. Click to download his paper and enjoy the reading!

Introduction Cryopreservation or cryostorage of gametes and embryos …
END_OF_DOCUMENT_TOKEN_TO_BE_REPLACED

This is an abbreviation of Jason Swain (2019) publication with …
END_OF_DOCUMENT_TOKEN_TO_BE_REPLACED