The access to time-lapse technology has given a unique possibility to balance metabolic stress against less handling stress during embryo culture. In this blog post I will describe different culture media strategies and the rationale for using specific media for specific applications.

It is evident that human embryos can be cultured throughout the pre-implantation period in a number of different culture media and environments; however, the resultant viability of the embryos can be extremely different. There has been a great deal of confusion concerning the formulation of human embryo culture media and the role of individual components in embryo development during the last twenty y 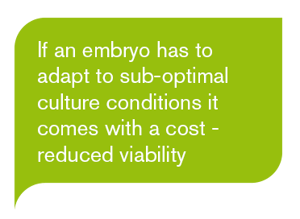 The understanding of the role of culture media and their components has been hampered by various factors, including the inclusion of undefined serum and serum-substitutes in human embryo culture media, the omission of compounds like amino acids, as well as the capacity of embryos to adapt to various culture conditions, so-called plasticity. These factors have made it difficult to interpret data from studies on nutritional requirements during embryo development. One thing is clear though, the adaptation by an embryo to less than optimal culture conditions is not without cost, and the cost paid by the embryo is a reduction in viability.

Through the years, different culture media strategies have been developed and employed for human blastocyst culture during in vitro fertilisation, including;

During the pioneering work by Professor David Gardner and co-workers, they relied heavily on lessons learned from both embryo- and maternal physiology1,2,3.
This work led to the formulation of the first sequential culture media system defined as the G-Series, launched back in 1998. In short, these media formulations were based on three factors;

Vitrolife has ever since the introduction of G-Series promoted the use of stage specific media that supports the human embryo during the pre-implantation period. Studies have shown that culture conditions that favour the development of the cleavage state embryo do not necessarily support good blastocyst development and differentiation, while some conditions that favour the development and differentiation of the blastocyst can actually inhibit the cleavage state1.

For non-sequential media strategies embryos are expected to be capable of choosing the nutrients from one single medium. By providing embryos with the appropriate composition and concentration of components, they are expected to select which nutrients and compounds to use at specific growth stages for an appropriate development. Mammalian embryos are however known to have a limited capacity to control its internal milieu, independently of their external environment, especially during early developmental stages such as before compaction3. Embryos are subjected to the surrounding media, and will therefore be dependent on the media composition for its metabolism and metabolic pathways. Furthermore, the composition of medium actually does change over time as the embryo consumes nutrients and produces metabolites, and the medium itself can spontaneously breakdown at 37oC.

Consequently, it is of the uttermost importance to use an appropriate and balanced medium formulation when culturing embryos in one single culture medium during extended culture in order to support pre-implantation embryo development resulting in viable embryos.

All IVF media systems are sequential

It is important to remember that the phrases “sequential media system” and “mono-culture” or “single-step medium, exclusively refer to the actual culture media. There is no strict single step media system that covers your need from gamete handling to transfer during human IVF. You will always need several media, for example specific media for oocyte pickup, for sperm handling and preparation, for fertilisation and for transfer. Therefore it is always be correct to refer to your media system as a sequential media system.

Since the introduction of G-Series in 1998, Vitrolife has promoted the use of sequential culture media, i.e. stage specific media supporting the human embryo during the pre-implantation period. Today, with the introduction of time-lapse technology, it is possible to continuously monitor the development of an embryo inside the incubator, which reduces the need to handle the embryo outside the incubator. 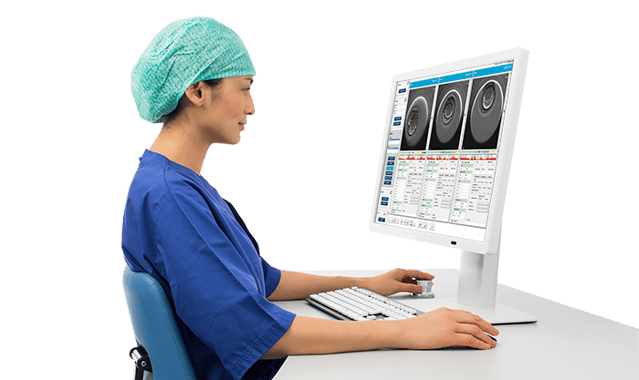 When using a time-lapse system for monitoring embryo development, the use of a medium that facilitates undisturbed culture from fertilisation to the blastocyst stage could be very beneficial. Widely used sequential media, which are optimised to minimise metabolic stress, still require embryos to be removed from incubation to change the media, with or without time-lapse monitoring.

Can a single medium optimised for extended culture balance less handling stress against a metabolic stress?

A natural question to ask (which we did three years ago when time-lapse technology appeared) is whether a single culture medium optimised for extended culture could balance less handling stress against a metabolic stress? The use of a single culture medium for time-lapse applications would have a number of potential advantages. In addition to minimising handling by eliminating the need to physically move the embryos during change over on day 3, such a medium would have practical and financial incentives for the clinical laboratory for standard embryo culture. It would mean less work for the embryologist, as well as cost reductions, since additional consumables are not required (dishes, pipette tips, serological pipettes and oil). Finally, there may also be some physiological advantages by maintaining the embryos in culture media containing paracrine and/or autocrine factors produced by the embryos.

In summary; with access to time-lapse technology it seemed interesting to develop and evaluate a culture medium that allows undisturbed culture from fertilisation to the blastocyst stage for time-lapse applications, and so we did.

Challenges with development of a non-sequential medium for extended culture

The use of a sequential culture system, for example our G-1 and G-2, guarantees that embryos are exposed to a more physiological environment during culture; since these media are used in sequence and each of them has a composition meeting the changing requirements of developing embryos. In addition, the use of sequential media also minimises the accumulation and exposure to harmful metabolites, such as ammonium, since the medium is replaced after 3 days of culture when media is changed.

During the development of a single culture medium for blastocyst culture, specific attention has to be paid to the composition, concentration and utilisation of specific nutrients, as well as the build-up of metabolites since no media is added or removed. Special focus has to be placed on energy substrates like lactate, pyruvate and glucose, as well as the amino acid composition since these are among the major sources for ammonium formation in a medium. Furthermore, the use of a single medium for embryo culture from fertilisation to the blastocyst stage also means that the culture volume has to be considered in detail.

Development process by the book

During the development of our new medium, G-TL - specifically designed for time-lapse culture, the G-Series was a natural starting point since these media are clinically proven to support human embryo physiology and development. The new culture medium had to contain all the constituents and nutrients required for embryo development up to the blastocyst stage. The medium composition should be based on the successful composition of G-1 and G-2, which have the same intended use as G-TL when used in sequence, i.e. for culturing of pronucleate stage embryos to the blastocyst stage.

The development process of G-TL has been extensive and contained all necessary stages before the product was safely introduced to the market. A multicentre prospective randomised double-blinded sibling trial of G-TL has showed that, in a time-lapse setting, this new media gives equally good results as G-1 and G-24.

To see the full movie where Dr. Silversand talks about the the development and clinical results from G-TL, first media specifically designed for time-lapse culture, click on the button below.

No one can argue against the value of high-quality, correctly …
END_OF_DOCUMENT_TOKEN_TO_BE_REPLACED