This year, the annual meeting of ASRM 2021 was back in its physical form, and we where there in-person with a great team from Vitrolife. For those of you who couldn´t attend the meeting or want to update yourself again on the interesting sessions, we have compiled this blog post, with thoughts and reflections from the Vitrolife team on some of the scientific content presented at the meeting.

Vitrolife’s symposium “Insights from 10 Years of Time-Lapse: Benefits for Embryologists, Physicians and Patients”

Dr. Dean Morbeck gave a presentation on how time-lapse can be used in IVF clinics beyond embryo selection. Although development of morphokinetic algorithms, and now artificial intelligence, are helping to decide which embryos to transfer, the almost constant imaging of the embryos provides further valuable information for embryologists, physicians, and patients. Dr. Morbeck provided numerous such examples, including the ability to perform more accurate assessment of normal fertilization. Limiting assessment of fertilization to static observations between 16-18 hours after insemination will result in many normally fertilized oocytes being mislabeled as failed or abnormally fertilized. Time-lapse has revealed that 2 pronuclei can be observed in 98% of oocytes if continuous observation is performed 15-17.5 hours after insemination. It is, therefore, understandable that many oocytes viewed with the single snapshot obtained by a static observation seemingly possess no, or a single, pronuclei yet develop into a blastocyst. Also, included in his insightful presentation were benefits associated with laboratory quality control, improved workflow efficiency and more real time information about embryo development that can be provided to the physician and patient.

Since it was first reported by Rubio et al., in 2012, it has been well established that observation of direct cleavage patterns in early development of embryos, negatively impacts clinical outcome when transferred at the cleavage stage. However, research into the impact of these abnormal cleavage patterns, following blastocyst transfer, have been conflicting. Many of these studies have involved non-PGT tested blastocysts. Fortin et al., (0-10) examined euploid blastocysts which had been cultured in the EmbryoScope and selected for transfer by morphology and were retrospectively analyzed for the presence of direct unequal cleavage (DUC) events. There was a significant difference (p<0.01) in live birth rate per transfer between non-DUC (70.7%) and blastocysts exhibiting DUC (31.8%). This effect seemed to be more pronounced when considering D6 versus D5 blastocysts. This study confirms that embryos with abnormal early development should not be discounted for transfer if reaching blastocyst stage, however, direct cleavage should be considered when prioritizing both biopsied and non-biopsied blastocysts. Further evidence for the latter was demonstrated in poster P-111. Cunegatto et. al., examined the euploidy rate of blastocysts cultured in the EmbryoScope+, according to their KIDScore D5 grade. Blastocysts were grouped into 3 score categories. There were statistically significant differences in euploidy rates in the different groups, with the lowest score grouping from 1-3.9 being less than half as likely to be euploid as the top grouping (25.8% versus 54.3%).

As there is a higher proportion of euploid embryos with high KIDScores it would follow that such embryos will have a better chance of resulting in positive clinical outcomes. Bori et al., (P-97) retrospectively assessed the clinical outcome effect of a single IVF unit using KIDScore D5 across almost 2000 treatments. They found a significant positive impact on implantation and live birth rates in all non-PGT transferred cycles. The contribution of each increased unit of KIDScore in non-PGT tested blastocysts was statistically significant for implantation and for live birth. When dividing the embryo score by quartiles, the odds ratio for each superior quartile was even higher for both implantation and live birth. This further supports the use of KIDScore D5 as a support tool in non-PGT tested embryos to improve clinical outcomes. Expansion rate of blastocysts has previously been shown as a potential indicator of euploidy. In poster P-108, Reema Ghatnekar et al., used an AI that measures expansion rate of blastocysts and showed that expansion of euploid blastocysts is significantly faster than both single chromosome and segmental mosaic embryos. Although the study represented small numbers of blastocysts in each group, the authors concluded that the findings may offer an objective, non-invasive method for the selection of single blastocysts that have a higher likelihood of sustained implantation when PGT-A is not performed. 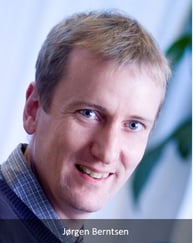 As in previous years, the hot topics included mosaicism and clinical success rate. Madjunkov et al., (O-79) presented data on the transfer of mosaic embryos resulting in ongoing pregnancy and live birth of healthy babies. This was a retrospective cohort study reviewing 279 single mosaic embryo transfers from 2015-2020. Around 80% had low mosaicism levels 25%-50% (Group 1) and 20% had high mosaicism levels of 50-70% (Group 2). The overall implantation rate for mosaic embryos was 52.3%. There was no statistical difference in implantation rate, ongoing pregnancy rate or miscarriage rate between Group 1 and Group 2 embryos. These findings provide evidence that most mosaic embryos that implant will develop into ongoing pregnancies and healthy live births. Data from Huayhua et al., (P-661) provided further supporting evidence. Data was collected retrospectively from 2016 to 2020. A total of 914 cycles with SET and PGT-A were included. Of these, 846 and 68 were euploid and mosaic embryo transfers, respectively. High mosaic embryos were found to have lower implantation and pregnancy rates. Embryos carrying a higher mosaicism were also more likely to lead to miscarriages. Partial mosaics and trisomy mosaics had a better chance of producing a pregnancy. Recently published guidelines from PGDIS on the Transfer of Mosaic Embryos, new data and discussions are continuing to help in determining the best practices for the interpretation and prioritizing of embryos. This will continue to benefit the community by standardizing the reporting and recommendations on the transfer of embryos deemed mosaic by the biopsy.

In support of PGT-A Sarkar et al. (O-80) reported that PGT-A using next generation sequencing is superior to conventional IVF in patients ≥35 years. In this retrospective cohort study, they included all autologous IVF cycles with or without PGT-A followed by a subsequent single frozen embryo transfer (FET). They observed in women 35-37, 38-40 and >40 years of age, live birth/ongoing pregnancy were significantly higher after FET of a PGT-A tested embryo. Furthermore, the miscarriage rates were significantly lower in the PGT-A tested group across all age groups.

Domney et al. (O-238) asked the question; does embryo biopsy increase the risk of ectopic pregnancy? This was a retrospective, case-control study, where they reviewed 12,000 cycles. From these cycles, 106 ectopic pregnancies (cases) and 319 intrauterine pregnancies (controls) were identified. Twenty-one of the cases (21/106, 20%) and eighty of the controls (80/319, 25%) were found to have utilized PGT. Performing PGT had no statistically significant difference when comparing cases and controls. Purusothaman et al. (O-240) retrospectively investigated over a five-year period the euploidy and pregnancy rates in freshly biopsied versus thawed and biopsied blastocysts. In their cohort study, adjusted for age, there were no differences in the euploidy rates between thaw-biopsy (TB) and fresh biopsy (FB) groups. However, PGT-A was associated with improved pregnancy rates following TB. Furthermore, the lack of difference in euploidy rates and pregnancy rates after TB suggest that it is not detrimental to clinical outcomes.

Dilday et al., compared assisted hatching on day 1 (at fertilization check) to day 3 (P-56 and P-83). It was found that there was no difference in the number of embryos cryopreserved per patient, percentage of embryos cryopreserved on day 5, euploidy rate or clinical pregnancy rate. Performing the breach of the zona on day 1 removes the need to disturb the culture on day 3 and appears not to negatively impact subsequent embryo development or clinical outcomes. Although as stated by the authors long term follow-up of live birth rates should also be performed.

Retrospectively comparing vitrified and fresh oocytes, Oliva et al., (P-257) demonstrated that there was no difference in aneuploidy rate. As with some other reports it was found that vitrification did decrease the fertilization and blastocyst development rates. Whiteley et al., (O-21) investigated the impact of cryostorage time on vitrified oocytes. From 530 cycles almost 40% of the oocytes were warmed within a year and only 11% were used after 5 years. The range of survival was 83-90% and was not significantly different. Neither were fertilization rates or clinical outcomes, suggesting that the length of cryostorage time does not impact results. Safety of all these gametes and embryos in cryostorage is of paramount importance, so effective monitoring on the vessels used for storage is critical. 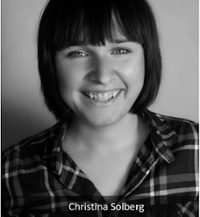 The product manager for Vitrolife’s B:safe cryostorage monitoring device gave a presentation demonstrating the benefits of detecting vacuum loss with the combination of external surface temperature measurement and weight loss (Solberg-Hansen O-210). The protocol for warming blastocysts that have been vitrified usually involves moving them through solutions of decreasing sucrose concentration, which takes 10-15 mins. Manns et al., (P-127) demonstrated that equivalent survival and subsequent re-expansion rates (after 24 and 48 hours) could be achieved after just a 1-minute exposure to the first warming solution and then being placed into the culture medium. Further investigation is needed to determine subsequent clinical outcomes, but this procedure would significantly reduce the warming time.

Additional areas of automation within IVF are being investigated. In an interesting use of sound waves Xie et al., (P-95) demonstrated that with a frequency of both 80 and 200 Hz it was possible to denude mouse oocytes within a microfluidic chamber. The oocytes were subsequently fertilized and cultured to the blastocyst stage showing similar rates to oocytes denuded with manual pipetting. Furthermore, transfer to recipients demonstrated that the blastocysts had equivalent viability.

Mestres et al., (P-133) analysed 6 oils with different viscosities. It was found  that temperature loss was not affected, but pH drift and increases in osmolality (in a dry incubator) were negatively impacted by oils of a lower viscosity. 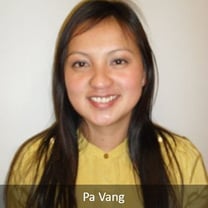 Regarding quality control testing of oil and media, Vitrolife’s Mouse Embryo Assay (MEA) lab manager, Vang et al., (P-158) showed that the ways MEA are performed is important in detecting products of suboptimal quality. For example, using Triton X-100 at a certain concentration clearly showed that measuring the cell number is a more sensitive endpoint than blastocyst development. Furthermore, the sensitivity for testing oil was increased by culturing individual embryos and reducing the volume of the medium drop.

ASRM 2021 saw the U.S. launch of Vitrolife’s new Gx media (including Gx-TL) containing a combination of 3 antioxidants. Given the in vivo role of antioxidants it makes physiological sense to include them within the media. Rosas et al., (P-141 and P-142) looked at supplementing media every 12 hours with a specific mixture of antioxidants. Around 1500 sibling oocytes from patients with a mean age of 39 years old were randomized during the study. The addition of the antioxidants maintained the oxidation-reduction potential levels during the culture and significantly increased the number of expanded and usable day 5 blastocysts. There was no difference in blastocyst development for those that were biopsied, but the antioxidant group did have a significantly higher euploid rate.

If you would like to read more about some of the research presented at ASRM 2021, you can download 'Vitrolife Abstracts Booklet ASRM 2021' below.

The concept of fast freezing or vitrification was first described …
END_OF_DOCUMENT_TOKEN_TO_BE_REPLACED

The simple answer is, it can’t. In a well-functioning culture system, …
END_OF_DOCUMENT_TOKEN_TO_BE_REPLACED