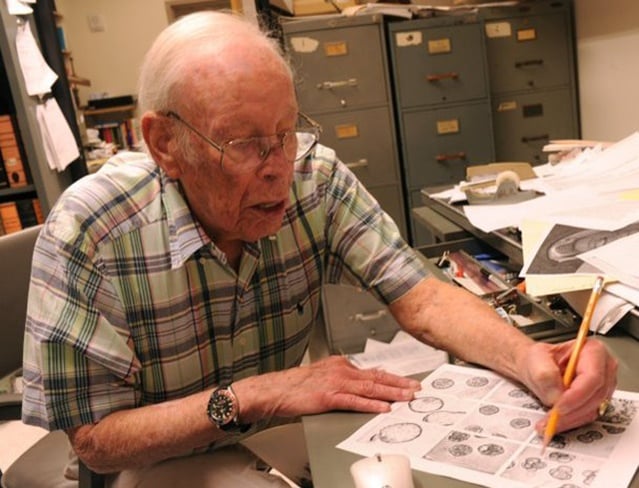 It is with much sadness that we report the passing of Peter Mazur on December 30, 2015. Peter Mazur was a great scientist who contributed enormously to the current knowledge of cryobiology. Cryopreservation of cells and tissues has become important in not only human reproduction, but also in many other areas of medicine.

Peter Mazur, together with Stanley Leibo and David Whittingham published the first successful  cryopreservation of mammalian embryos using slow freezing in 1972. Peter Mazur was at the forefront of early cryobiology research and contributed significantly to the development of modern cryobiology unravelling and explaining many of the biological processes that occur during the cryopreserviation of cells and tissues. The first report of successful human embryo cryopreservation dates back to 1983. Over the years, the impact of cryopreservation in human reproduction has increased substantially.

Today, vitrification is considered the standard method of cryopreserving oocytes and embryos in many ART programs. Peter Mazur also contributed vital knowledge in this field  with important work showing the relative contribution of cooling and warming in successful vitrification. Although many of these papers were published in 2009 or later, Peter Mazur’s foresight on the subject is evident much earlier in a paper from 1965. His recent work on this topic confirm that his early speculations about were correct.

The contribution of Peter Mazur and his colleagues to the field of cryobiology and in extension to cryopreservation in human reproduction is enormous and it is not possible to summarize all his work in a few words. It was always a pleasure to listen to Peter Mazur and learn from his knowledge when attending scientific meetings. He will be sorely missed and his contribution to this field will be recognised for years to come as providing a crucial cornerstone not only in the success of assisted reproduction but for the preservation of cells and tissues for many other purposes.

Hubert is like a living library. What Hubert does not know about papers published in the field of IVF is not worth to know. Hubert is an experienced embryologist and was member of the Belgian group that invented the ICSI-method.

The simple answer is, it can’t. In a well-functioning culture system, …
END_OF_DOCUMENT_TOKEN_TO_BE_REPLACED

This year, the annual meeting of ASRM 2021 was back in its physical …
END_OF_DOCUMENT_TOKEN_TO_BE_REPLACED

Introduction Cryopreservation or cryostorage of gametes and embryos …
END_OF_DOCUMENT_TOKEN_TO_BE_REPLACED